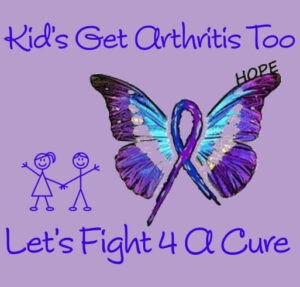 June is Juvenile Arthritis Awareness Month and I wanted to bring some awareness to this chronic disease. While, this is not a type of cancer it is still affecting many communities and devastating families because it affects the children of the future worldwide.

* My source is the Arthritis Foundation website (www.arthritis.org) which is a reliable source.

What is Juvenile Arthritis?

Juvenile Arthritis, also known as Juvenile Idiopathic Arthritis (JIA), and it is the most common type of arthritis in children where the immune system mistakenly attacks the body’s tissues, causing inflammation in joints and potentially other areas of the body.

Juvenile Idiopathic Arthritis (JIA) is the most common type of arthritis in children. The term idiopathic means “of unknown origin.” Juvenile Rheumatoid Arthritis (JRA) or JIA is not contagious.

Who Does Juvnelie Arthritis affect?

Nearly 300,000 children – from infants to teenagers – in the U.S. have some form of arthritis. Juvenile idiopathic arthritis (JIA) is the most common type of arthritis in children. The term idiopathic means “of unknown origin.” There are six JIA subtypes. 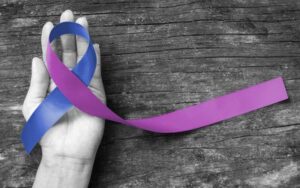 What is the cause of Juvenile Arthritis?

Researchers are uncertain what causes JIA. There is no evidence that foods, toxins, allergies or lack of vitamins play a role in developing the disease. Current research indicates that there is a genetic predisposition to JIA.

More than a dozen genetic markers have been identified for JIA, and hun­dreds more are being considered. However, genetic markers alone can’t determine who will get arthritis. Researchers believe that a trigger, like a virus, can start the disease process in those children with the genetic tendency.

WHAT ARE THE SIGNS AND SYMPTOMS OF Juvenile Arthritis?

These are some of the most common early signs and symptoms of arthritis in children. A child may not have all of these symptoms.

Not all children with JIA will have the same symptoms, and some symptoms are specific to a subtype of JIA. Symptoms can change from day to day or throughout a single day, so it’s important to talk to a child’s doctor to ensure that these symptoms mean that a child has JIA instead of an injury or a different illness.

If you have any of these symptoms, talk to your doctor. 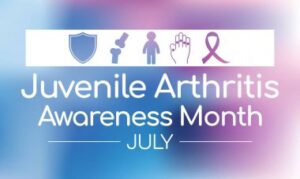 How is Juvenile Arthritis Treated?

There is no cure for JIA but with prompt diagnosis and early aggressive treatment, remission is possible. The goal of treatment is to relieve inflammation, control pain and improve quality of life. With early aggressive treatment, however, remission is possible. The treatment plan may include medication, exercise, eye care, dental care and proper nutrition. Rarely, surgery may be necessary at later stages to help with pain or joint function.

Can Juvenile Arthritis be Prevented?

You can’t prevent systemic-onset juvenile rheumatoid arthritis. It’s believed to run in families, though, so family medical history can give you a clue. Getting regular medical checkups is important. Early detection and treatment can set the stage for a lifetime of better overall health.

For more information you can also visit www.arthritis.org.

SUPPORT JUVENILE ARTHRITIS AND STAND UP TO CANCER TOO…

Please check out the shop page (JAccessories) to BUY a PURPLE AND BLUE HEALTH AWARENESS ACCESSORY to show your support for Juvenile Arthritis and to support cancer research too. 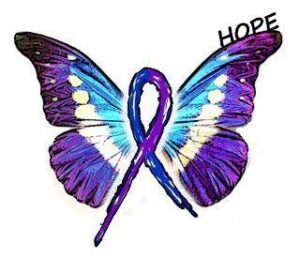 Until next time remember that Life Is But A Journey….

Life Is But A Journey

Life Is But A Journey